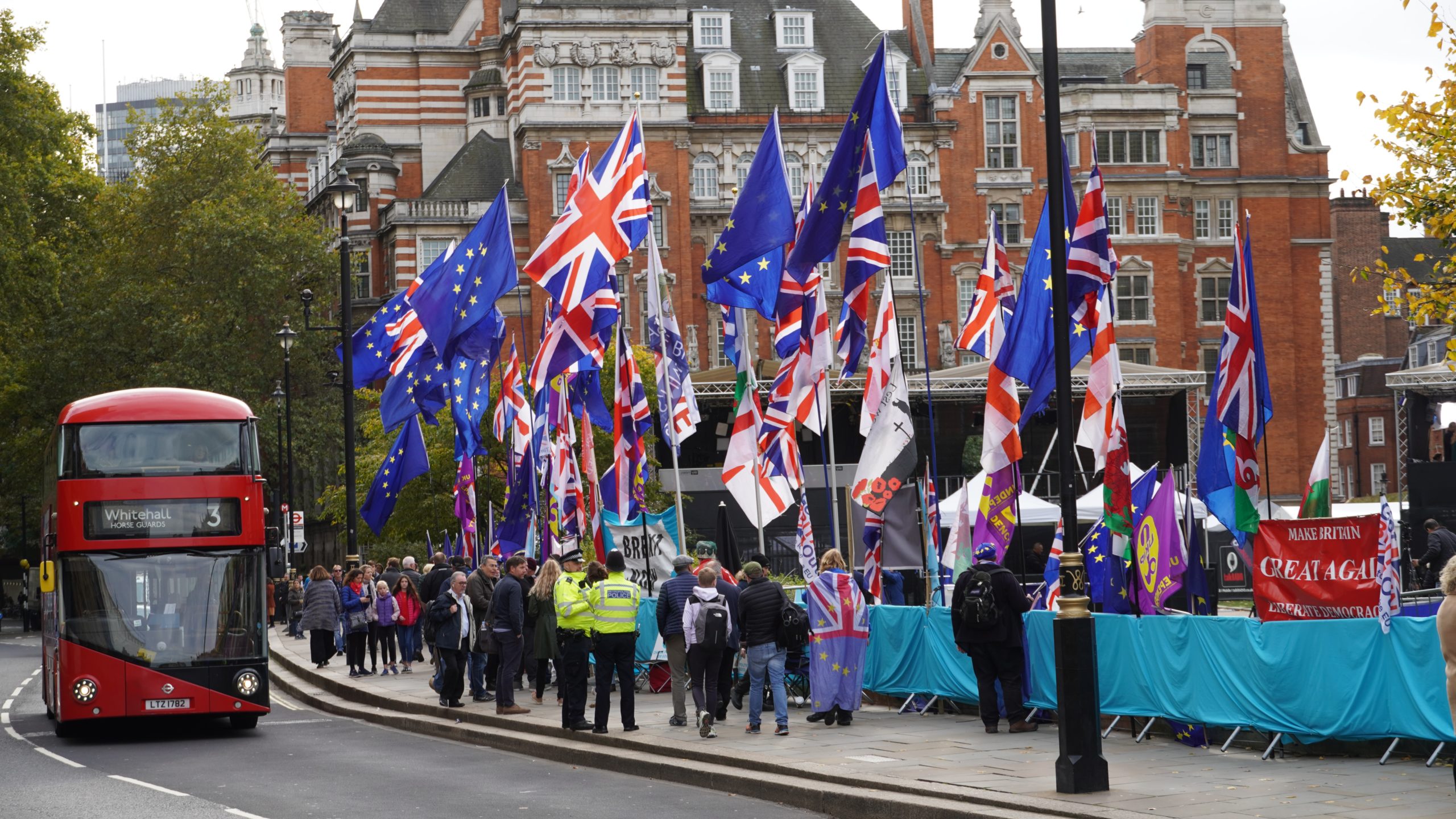 Posted at 13:36h in Uncategorized by admin 0 Comments
Share

UK freight representatives including the British International Freight Association (BIFA) and the Road Haulage Association (RHA) have joined Logistics UK in welcoming the UK’s decision to unilaterally extend the application of grace periods on EU exports to Great Britain (GB).

Robert Keen, director general of BIFA, commented: “It’s no surprise that the government has extended the deadline for the introduction of checks and customs declarations on imports to the UK from the EU. The experience of our members since 1 January 2021 has clearly shown that large sectors of the trading community have not been prepared for the changes in processes brought in by phase one of the Border Operating Model.

“As the trade association that truly represents the UK’s freight forwarding businesses that manage a large proportion of that trade, we have expressed significant concerns regarding phases two and three of the Border Operating Model; and various government departments have been unable to provide satisfactory answers to many of these.”

One of the most significant unresolved problems to date relates to Delayed Declarations, added Keen, “something that BIFA has repeatedly warned is a regime that invites non-compliance. Extending the option to use the deferred declaration scheme, including submitting supplementary declarations up to six months after the goods have been imported, to 1 January 2022, just adds to the real danger of non-compliance.”

He continued: “The news that government will continue to engage extensively with businesses to support them to adjust to the new requirements already in place and to prepare for the new requirements to come is also welcome. But actions speak louder than words; and of late, other than departments that BIFA deals with on mainly operational matters, government has not been talking to trade and we are not aware of any recent meetings of the Border Protocol Delivery Group.”

Keen added: “Today’s announcement is clear evidence that political decisions have been made previously that, as we have repeatedly stated, have paid no regard to how visible international trade and the frontier works and what can actually be controlled. It is also proof that the uncertainty caused is of no use to anyone involved in managing the UK’s visible international trade.

“It was no surprise to hear that Government was considering the unilateral application of grace periods by the UK on EU to GB trade, so today’s announcement is welcome, but equally, not surprising.”

The RHA welcomed Brexit minister Michael Gove’s announcement yesterday of a delay to post-Brexit SPS import checks until October, which the association believes “buys valuable extra time for traders and hauliers to prepare for the new complex border arrangements”.

RHA chief executive Richard Burnett said: “Mr Gove’s announcement will, of course, lessen the headache for many international hauliers, still reeling for the tidal wave of additional red tape that has beset them since the transition period ended on 31 December 2020.

“However, it is not a universal fix: we cannot be confident that operators will even be ready at the end of the extension period on 1 October. The number of skilled customs agents and veterinarians in place across the EU to complete the relevant documentation still falls far short of what’s needed.”

He continued: “Of course, these measures will help maintain the uninterrupted flow of food products from the EU into Great Britain. However, I am concerned that it weakens the UK Government’s negotiating leverage when asking for similar easements from the EU for UK businesses attempting to trade with them.

“Despite these reservations, I am pleased that Mr Gove and his team have acknowledged the many challenges currently being faced by British hauliers and traders and we look forward to working with government to resolve the issues.”

As reported yesterday, Logistics UK also welcomed the UK government’s extension, announced yesterday, of the deadline for the introduction of most checks and full customs requirement on imports to the UK from the EU until 2021.

New sanitary and phytosanitary checks on products of animal origin, as well as full customs declarations at the point of importation for goods coming from the EU, are to be postponed by six to nine months, Michael Gove MP announced, reflecting concerns from businesses on both side of the channel about their readiness for the previous deadlines of 1 April and 1 July.

Logistics UK said this delay will ease the administrative burden on logistics organisations currently working to supply the UK through COVID-19 lockdowns.

“Alleviating pressures on the supply chain caused by the current pandemic remains the priority for our sector,” said Sarah Laouadi, European policy manager for Logistics UK, adding that the announcement “acknowledges the challenges and mounting compliance pressure created by multiple Covid-19 lockdowns and regulations across different European nations”.

Initially, the UK government intended to phase in new sanitary and phytosanitary import formalities for a large number of products of animal origin on 1 April. Full customs declarations for all imports without any deferment option were to be required from 1 July, as would physical checks at border control posts on so called agrifood products, Logistics UK highlighted.

Laouadi said the new announcement “will mean that businesses have an extra six to nine months – depending on products – to prepare for these two deadlines while fast-moving Covid-19-related rules hopefully stabilise and are phased out.

“By moving the deadline for the introduction of extra import formalities on goods coming to the UK, the government is providing more time for businesses and authorities to adapt to the upcoming extra requirements, for example by training staff, designing robust business processes to interact with new IT systems and agreeing a new allocation of roles and responsibilities with their supply chain partners. This will protect the UK’s highly interconnected supply chain to keep the nation supplied with the goods and services it needs.”

She added: “It is imperative that governments and industry now work hand in hand to make the best possible use of this extra time, to raise the level of readiness for checks both in the UK and in the EU. In particular, Logistics UK is pushing the UK government for a much bigger focus on end-to-end provision of guidance to ease the import process and enhanced engagement with traders, but also hauliers, on both sides of the UK’s border.”

Pre-notification requirements for Products of Animal Origin (POAO), certain animal by-products (ABP), and High Risk Food Not Of Animal Origin (HRFNAO) will not be required until 1 October 2021. Export Health Certificate requirements for POAO and certain ABP will come into force on the same date.
Customs import declarations will still be required, but the option to use the deferred declaration scheme, including submitting supplementary declarations up to six months after the goods have been imported, has been extended to 1 January 2022.
Safety and Security Declarations for imports will not be required until 1 January 2022.
Physical SPS checks for POAO, certain ABP, and HRFNAO will not be required until 1 January 2022. At that point they will take place at Border Control Posts.
Physical SPS checks on high risk plants will take place at Border Control Posts, rather than at the place of destination as now, from 1 January 2022.
Pre-notification requirements and documentary checks, including phytosanitary certificates will be required for low risk plants and plant products, and will be introduced from 1 January 2022.
From March 2022, checks at Border Control Posts will take place on live animals and low risk plants and plant products.
Traders moving controlled goods into Great Britain will continue to be ineligible for the deferred customs declaration approach. They will therefore be required to complete a full customs declaration when the goods enter Great Britain.

Controls and checks on Sanitary and Phytosanitary goods are of course a devolved matter and we continue to work closely with the Devolved Administrations on their implementation, in particular with the Welsh Government on their timetable for completing supporting Border Control Post infrastructure in Wales.